Lobuche East is challenging and technically demanding peak climbing. It is situated next to the Khumbu Glacier in Everest Region with an altitude of (6119 m). It offers a variety of existing routes and wide scope for new lines. These make it a famous trekking peaks in Nepal. There exist two distinct ascend to Lobuche peak: Lobuche east and Lobuche west, adjoined by a continuous ridge and separated by a narrow cleft with substantial gap. The normal route for Lobuche peak is from East and ascending is through South Ridge which embarks with glorious sight of Khumbu Glacier, Khumbu Icefall and glorious Himalayan ranges including Mt. Everest, Mt. Nuptse, Mt. Changste and Mt. Lhotse, etc.

Lobuche East Peak Climbing tour, begins with a scenic flight to Lukla. The trek routes gets through Namche Bazaar, Tengboche, Dingboche. Here we explore Sherpa villages- cultures and tradition. Buddhist monasteries, abundant flora as well as fauna and get acclimatized on reaching Everest Base Camp via Kalapathat. Upon summiting  Lobuche East, we admire panorama view of the Everest region, along with huge peaks to the west and south. Including Everest and Lhotse as well as Nuptse and Ama Dablam, Cholatse. The other popular climbing peak in Nepal is Island Peak.

Note: All accommodations are on twin-shared basis. Single supplement on request will cost an additional..

Note: Prices are in USD and exclude international flights. This trip price is based on low season rates for accommodation as well as other applicable services, and may change depending on availability, currency fluctuations as well as number of people traveling together. For high season prices, please contact us with your exact travel dates and preferences. Land of the Thunder Dragon 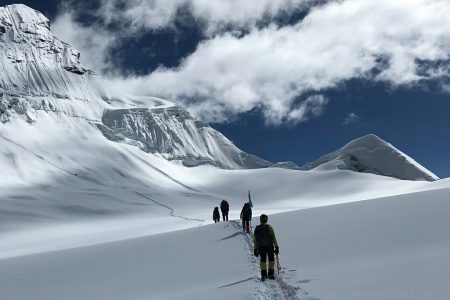 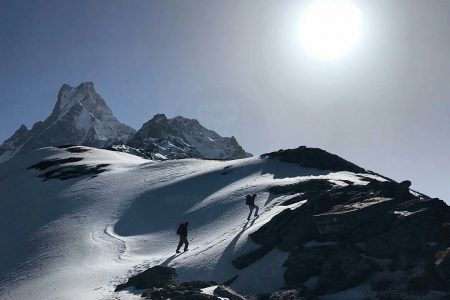