Everest Base Camp, Tibet Side

Available from April to late October, the tour offers everything you expect from the Everest. Because of high-altitude, Everest Base Camp gives a splendid views of north face of Everest and other snow mountain peaks. Witness the magic now!

Everest trek via Tibet is the second popular trekking route in Tibet. As well as most of the time you will walk on a plateau over 4300m, you will even cross over one pass Nam-la 5300m, so this trekking route is a really difficult high-elevation. However, because of the high-altitude, it offers a wonderful views of north face of Everest as well as other snow mountain peaks around. The Everest Base Camp Trek tour can be done from April to late October. Our tour involves a few day sightseeing at Lhasa at first as well as some detour off the Friendship Hwy to Old Tingri to acclimatize.

Upon arrival at Lhasa airport or train station, to be met and transferred to your hotel / hostel in Lhasa. Afternoon have a good rest to acclimatize the high altitude. Overnight at Lhasa. Meals Included: Breakfast

Today is your first day of sightseeing on the high plateau, so we have purposely arranged only to visit Jokhang temple and Potala Palace. Jokhang temple is the most scared shrine in Tibet which was built in 7th century and located at the heart of old town in Lhasa, the circuit around it called Barkhor street, which is a good place to purchase souvenirs. Potala Palace is the worldwide known cardinal landmark of Tibet. The massive structure itself contains a small world within it. Mostly it is renowned as residence of the Dalai Lama lineages (Avalokiteshvara). Both of them are the focal points of pilgrims from entire Tibetan world, multitudinous pilgrims are circumambulating and prostrating in their strong faith. Overnight at Lhasa. Meals Included : Breakfast

Today you will be arranged to visit Drepung, Sera monasteries. Both monasteries are Gelugpa (yellow hat) sect monastic colleges. Drepung monastery was the seat of the Government prior to Potala, it was once the world largest monastery in the history with 10,000 monks hailed from different monasteries all over Tibet. Sera monastery is famous for its Buddhism philosophical debate practice, the clapping sound and aggressive expression of the monks are well worth to see. Meals Included: Breakfast

Morning drive up to Kampala pass [4,794m], you will have a glimpse of Yamdrok-tso and spectacular views of Holy Mount Nyenchen Khangsar in the distance, the turquoise coloured Lake Yamdrok Yutso is one of the three holy lakes in Tibet, the unforgettable vista of pincer-shaped turquoise water of the lake and amazing spectacle of Mt. Nyenchen Khangsar glacier from Karo la pass is wonders of the day. Then along the Friendship southern Hwy drive to Gyantse, visit the famous stupa - Gyantse Kumbum, the most stunning architectural wonder in Tibet. Late afternoon drive to Shigatse. Overnight at Shigatse. Meals Included: Breakfast

Morning visit Tashilunpo Monastery and the spectacular tombs of Panchen Lamas in Shigatse, then drive by Friendship Hwy to Old Tingri via Lhatse and Shegar. Guide will do preparations for the trek - hire horse carriage. You may have a good view of Cho Oyu. Overnight at Old Tingri ( Local Guest house, dorm bed). Meals Included: Breakfast

The trek begins in Old Tingri and you pass through Rachu and Lungjang as your head south towards Everest in the distance. The opened valley of Rachu river goes narrower and gradually it ascent for a gain in elevation. A water-powered barley mill is passed along the way. Camping at Danak.

As you continue trekking up to the valley, Everest disappears behind the mountains and as the trail turns to the southeast and begins to climb to the pass, when you climb down the snowmelt river from Mt. Everst and Mt. Cho Oyu running in the valley, the campsite is just at the foot of the mountain. Camping at Chogorong.

Today you can have a good relax at Rongbuk, and then head up to E.B.C. It only takes 2 hours hike to E.B.C from Rongbuk, dozens of black tents beside the road is the local tent guesthouses community, at EBC the local PSB will register all tourist's identities, heaps of prayer flag on a small hill is the best position to see the Mt.Everst and it is also the final boundary that tourists can go. Then return back to either Rongphu guesthouse or local tent guesthouse taking the assigned minibus, or you can trek back on the same way if you like. Overnight in the guesthouse.

Today enjoy the aureate peak of Everest sunrise and then drive back to Shigatse. Overnight at Shigatse.

Drive back Lhasa via northern friendship Hwy, this part is driving along the main body of Bramaputra river and various landscapes and sceneries are worthwhile to stop at some point. Sometimes speed limitation is sensitive in this part. Afternoon have a good rest at Lhasa. Overnight at Lhasa. Meals Included: Breakfast

Your guide and driver will see you off at the airport or train station, end of the trip. Meals Included: Breakfast 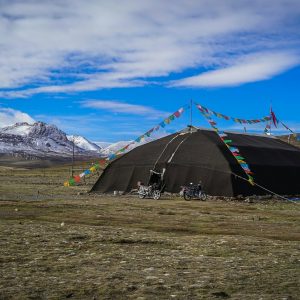 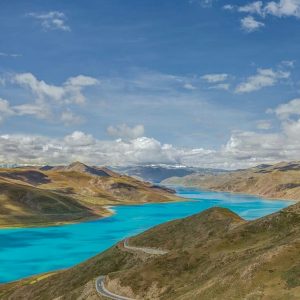 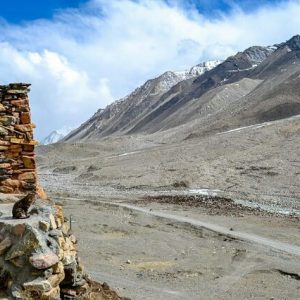 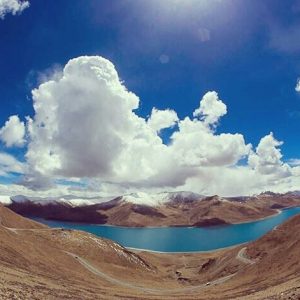 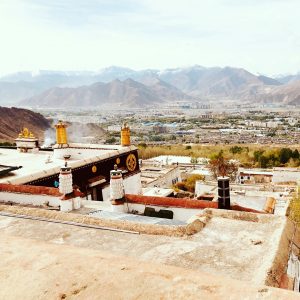 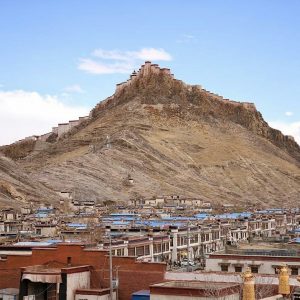 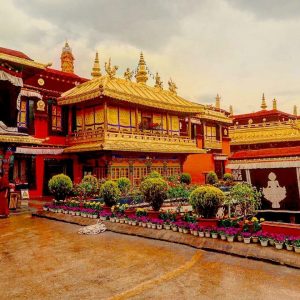 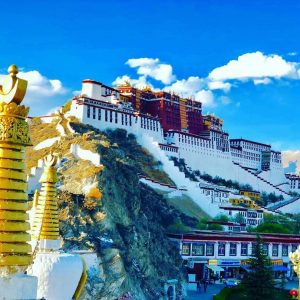 You are booking for Everest Base Camp Trekking via Tibet